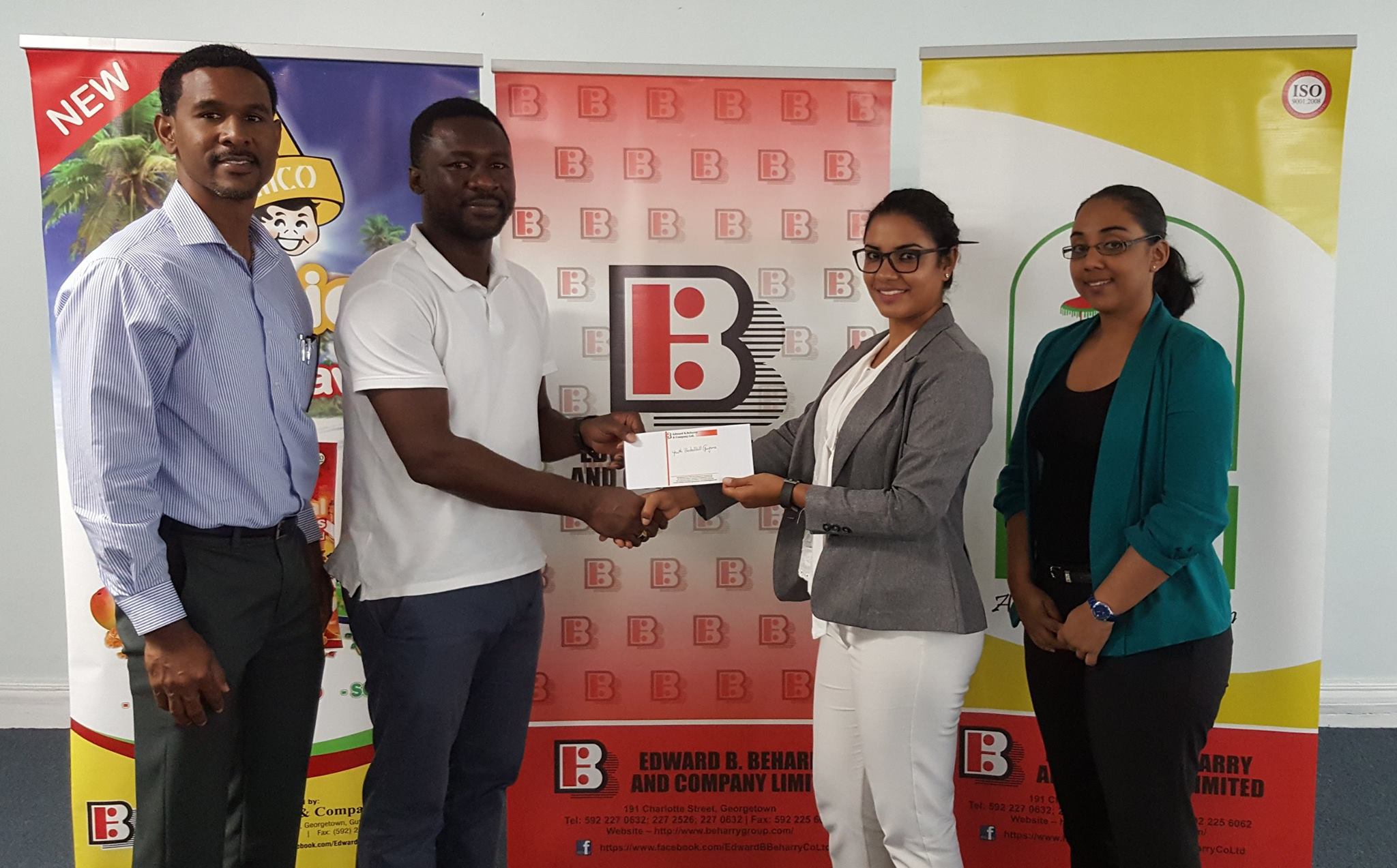 For the ninth consecutive year, Edward B. Beharry & Co. Ltd has once again sponsored the Youth Basketball Guyana in their quest to pull off the 12th Edition of the Regional/National School Basketball Festival (NSBF), which will be launched on March 16, 2017.
The cheque of GYD $1.5 million was handed over on March 14, 2017 to the Director of the Youth Basketball Guyana, Mr. Chris Bowman (Second from left) by Ms. Kamini Naresh, Brands Manager of Edward B. Beharry & Company Limited (third from left).