OVER 6.5 MILLION RAISED FOR PHASE TWO OF THE BEHARRY BUILD PARTNERSHIP 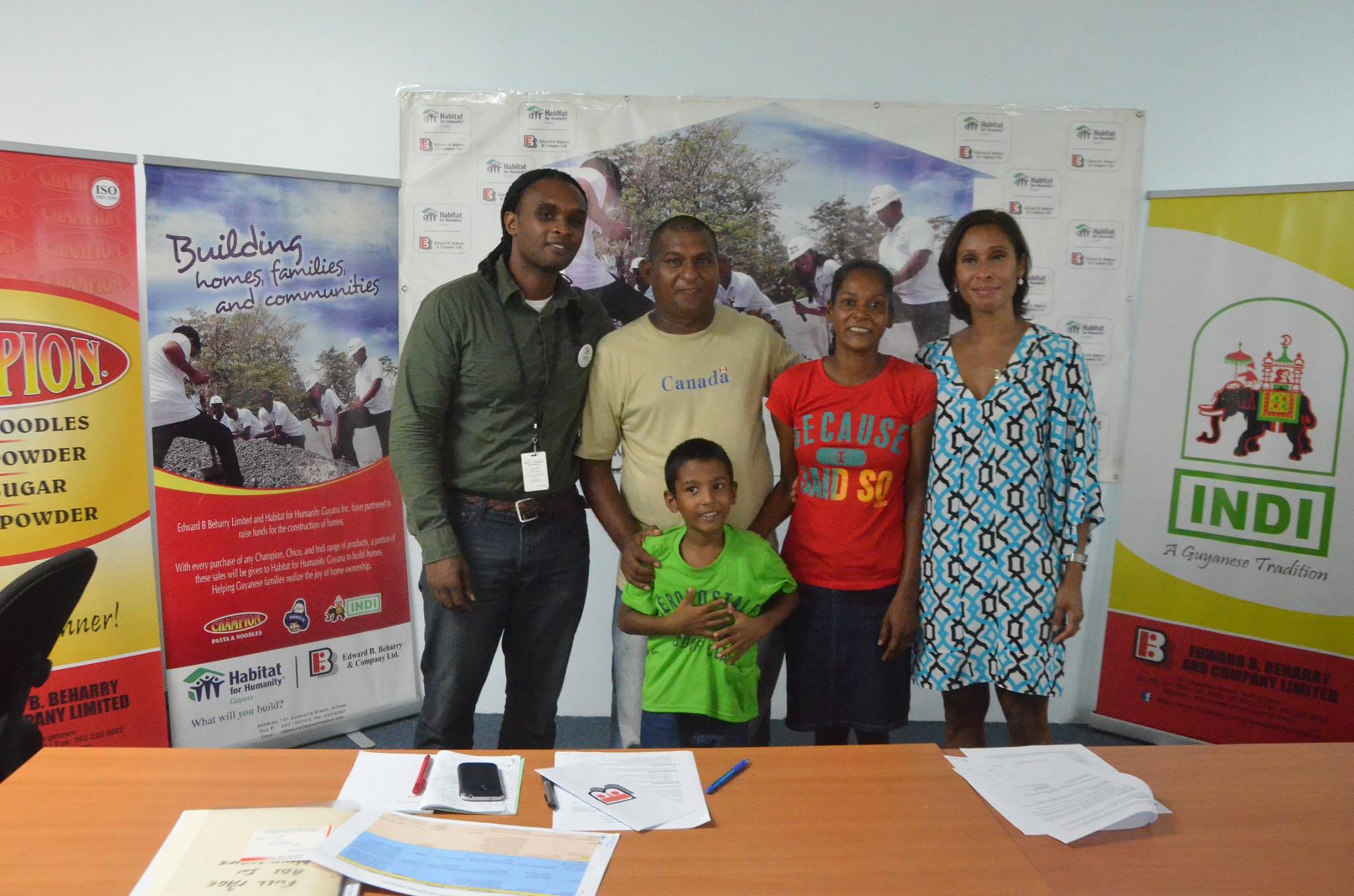 Georgetown, October 1, 2015 – Edward B. Beharry and Company Limited will extend its ‘Beharry Build’ partnership with Habitat For Humanity Guyana Inc. (HfHGY) for the period October to December, 2015.
The second phase has so far raised in excess of six million, five hundred thousand dollars ($G6.5M).
This phase will realize the construction of three houses and facilitate one intervention and will benefit vulnerable families. It will bring the total project amount to over nineteen million dollars (G$19M); the project began in 2012.
In February, 2015 Habitat for Humanity Guyana Inc. (HfHGY) and Edward B. Beharry & Company Limited launched the second phase of The Beharry Build Partnership under the theme “A Dollar Makes a Difference”.
The objectives of the partnership are:
1. To mobilize revenue for the construction of adequate housing for extremely vulnerable families
2. To raise awareness of the role housing as a poverty reduction and livelihood strengthening catalyst, and
3. To provide opportunities for beneficiary families and other stakeholders to participate in housing development processes facilitated through this partnership.